For my first narrative project I wanted to attempt to create a hard hitting story that I hoped would raise awareness for student suicide.

The player starts in a room with a first-person view after a short audio clip of a police officer walking up to a door and knocking to inform a parent of some bad news which ends in crying.

Upon searching the room it becomes apparent through environmental storytelling and item descriptions that you are in student accommodation and that this is where the victim resided.

Through exploring the room the character comments on the various items that could be key in the reasons behind why the student ended their life, such as their stressful studies, money and coming to terms with their sexuality and the bullying that comes with it.

There is a safe hiding in the wardrobe that the player must find the combination for, which is hidden on  the PC. To access the PC the player will need to find out the password for the computer.

When the player accesses the safe, money is found with a letter to the students mother, who you then realise is the character you are playing as and the student was their son.

For this project on my University course Games Design: Story Development,  I had to create a game set in one room that featured a narrative element.

This was an individual assignment that was completed using Unity. A majority of the assets used are from various free to use sources from the Unity Asset store. Several of the assets were made by myself and scripts were made using Visual Studio.

I paid a great deal of attention to detail in my one room environment as my aim was to tell the story mostly through environmental storytelling.

The biggest challenge with this project was finding assets in the short time frame in order to create an environment where all objects looked like they were part of the same world. Luckily I managed to pull it off!

As this was the first project I worked on where I had to include a narrative and not just gameplay, I gained a great deal of experience with Unity when it comes to building a world and filling it with objects and information. My knowledge of C# was greatly improved too where I followed several online tutorials in order to create the mechanics in the game. 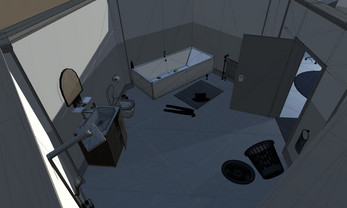 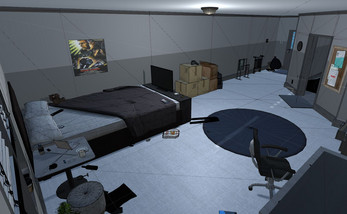 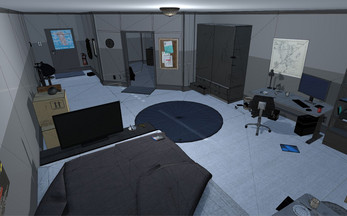 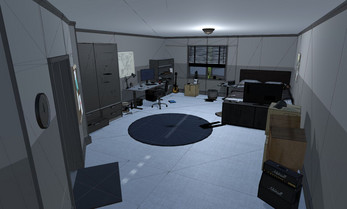